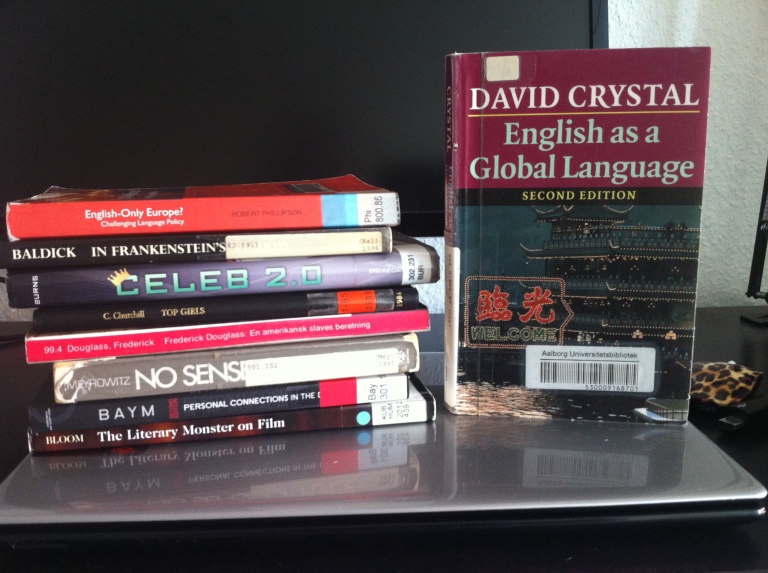 Many of the earlier colonized countries are today bilingual, e.g. Scotland with the languages English and Scottish, Ireland with the languages English, Gaelic, and Wales with the languages English and Welsh. Even though, Britain is a union today, there have been several disagreements during its history. It is still questionable whether all people in Great Britain shared this feeling of being British in the 16th Century. Ireland was conquered and Wales and Cornwall became part of Britain in the late 17th Century and in 1707 the union with Scotland was formed. However, the union between the various parts of Great Britain was by no means stable. It became important for people’s identity to speak their own language – e.g. Ireland. In this case, it is mainly because of disagreements concerning economic, linguistic and religious differences in comparison to Britain.

“English is the global language”

Figures of the late 1990s state that it is spoken by 1.2-1.5 billion people, even though not everyone speaks it as their mother tongue but with the three types of speakers; first language, second-language and foreign-language speakers it has the role of the most used language. The expression “lingua franca” (meaning “the common language”) is important for the communication between

the different countries of the world that does not have English as their mother tongue, so there still is a possibility for them to communicate. This could be formerly European colonial nations, e.g. West African Pidgin English can be understood by several ethnic groups, therefore it is very useful concerning the trade on the West African coast. In the Roman Empire, Latin was known as the lingua franca and in modern times, several languages have become international languages (lingua francas), e.g. English, French, Spanish, Portuguese, Arabic, etc.

Even though, there is a tendency of mentioning positive reasons concerning the globalisation of the English language, e.g. the “easy” communication, many linguistic experts claim that a negative factor would be the so-called “linguistic death”, e.g. that smaller countries with less population lose their mother tongue, and thereby deals with a loss of cultural and historical tradition, and most importantly, a loss of identity. This could be because of the huge affect of the English language in the 2000s, concerning media, Internet and communication.

As an example, Denmark is highly influenced by the English language. The fact that the English education starts in the age of 10-11 and the huge influence of the American media, music and politics make Danish a “threatened” language. Within the last few years, many of the Danish words are replaced by loan words or directly translated words from the English vocabulary, e.g. names for food, electronically equipment, etc.

The positive thing concerning the influence of English as a second language is the ability to communicate, concerning media, work conditions and communication with the entire world.

Even though, there are several positive reasons concerning the globalisation of the English language, especially economic and financially, some fear that the term “linguistic power”12 will dominate, hence that a Native English-speaker will have more options and possibilities compared to the one who does not have English as his mother-tongue, e.g. will the Native speaker have more academically possibilities than one who publishes his work in other languages than English?