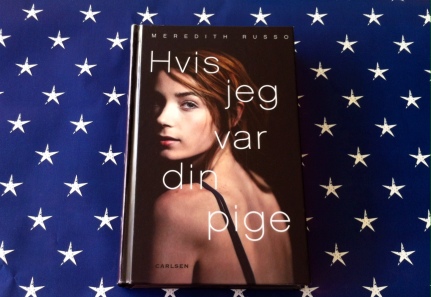 Mention three fun facts that your fans maybe don’t know about you
I cry every time I listen to Carl Sagan’s “Pale Blue Dot” speech. My favorite Pokemon is a tie between Sylveon and Primeape. I’m an Aries.

When did you know that you wanted to become an author?
I don’t think I ever wanted to be an author, at least not the way people dream of being successful and famous. I just wanted to write, you know? And find a way to make a decent living at it. I think I would have been just as happy ghostwriting or if I’d continued writing short fiction and other things on commission with no real glory or recognition. The first things I ever wrote professionally were essays for other students in high school and college which, of course, my name was never on, and that was about the extent of my ambition. Sometimes I still don’t know how to feel about falling into this gig!

How long have you been writing? And what started it?
Since middle school at least. I was a huge fan of the Alien series, to the point that I read all the expanded universe comics and novels (though I never touched Alien vs. Predator because I thought it was silly at the time and still do), and like almost every fangirl ever I eventually ran out of material and had to start writing fanfiction. Then I discovered Harry Potter and Final Fantasy 7 in high school, and a huge scene of girls writing fanfic about those properties, and descended into it. I didn’t know I wanted to be a writer yet, though, I just considered it a fun hobby.

Who discovered you? (Did you contact publishing houses? How was the process?)
I suppose that depends on what you mean by “discovered”. My first writing professor at Chattanooga State discovered me, in a sense, because I was taking creative writing as an easy A and he saw I had at least a little talent. My History of the English Language professor discovered me when she took me aside after our term paper and told me she really thought I could write for entertainment, professionally. But if you mean who discovered me professionally? That would be Joelle Hobeika of Alloy, who I was connected to through this huge web of friends of friends of friends and found some of my writing online and liked it.

How many books have you published (so far)? And which genre?
Just the one, If I Was Your Girl, though I’ve got an essay in Radical Hope, a short story in Meet Cute, and another novel called Birthday coming soon! Right now I mostly just write YA and trans stuff, but I’m sure one day I’ll branch out.

Why this story? What made you choose this specific theme?
I started writing If I Was Your Girl around the same time I started transitioning, which was coincidentally around when Janet Mock came out and Laverne Cox were getting famous, which led to what Time called the “transgender tipping point”. So there was this environment of everyone being curious about trans people and wanting to know more, but basically everyone writing stories about trans people were cisgender (not trans), and I wanted to contribute to having trans people tell our own stories. Not to mention I was going through a lot in my own life (transitioning is hard) and the book was a therapeutic way for me to work out some of my own anxieties and hang-ups.

What inspires you to write? Which authors have inspired you? (Music, art, things in life?)
It’s not my favorite book of all time, but the book that’s had the most impact on me is Perks of Being a Wallflower by Stephen Chbosky, and my book is in a lot of ways sort of a love letter to his work and what it meant to me when I was young. In general art that inspires me tends to at least hinge on some kind of societal oppression — the easy result of this being my love of things like punk rock and cyberpunk (Neuromancer is amazing), but it includes anything from Ragtime to Handmaid’s Tale with something real to say about the systematized ways we hurt each other and what it feels like to be on the losing end of that.

What is the message of your book? How should the reader interpret it?
I would say my book has two meanings depending on whether you’re trans or cis. If you’re trans, I want you to come away from my book feeling less alone, feeling like you have at least some kind of a model for how a trans life can be happy and full of love. If you’re cis, I want my book to serve as an important reminder that trans people aren’t walking tragedies, we’re not some abstract Other trying to tear down everything you love, we’re not monsters trying to break into bathrooms, we’re just human beings almost exactly the same as you who worry about grades, bills, love, and everything else, who just want to have lives where we’re safe and happy.

How do you identify with the character(s) in your book?
I identify with Amanda’s social withdrawal and mental illness, because I’m bipolar and I have PTSD, so there will be stretches of time where I just can’t interact with people and can barely get out of bed. I’ve had suicide attempts. I identify with Bee’s anger and opposition to normalcy and unhealthy energy. I identify with Grant’s feelings of economic helplessness. I identify with Amanda’s parents’ fears for their child in an abstract sense. Every character has a little bit of me, really, but the one who is closest to my personality really is Bee, for better or worse.

When is your next book going to be published?
2018! And it feels like way too long and way too soon. I’m mainlining coffee already as it is.